This week the entire Nation has been tuned into The Democratic National Convention (DNC).  Next week, will be The Republican National Convention (RNC). Presently, our country is divided into two Nations, Donald Trump’s Nation and Joe Biden’s Nation.  From the onset of Joe Biden’s campaign he made it clear, he wants to unite this country into one Nation in what will go down in history as,  “The Battle for The Soul of America”.

Coretta Scott King once said, “Women, if the soul of the Nation is to be saved, then we must become its soul”.  This past Monday night, Michelle Obama became our soul.  “We have to vote like our lives depend on it”, she said “So we can look our children in the eye the next day…” Her speech was loud and clear, Donald Trump is not fit to lead this country during this moment.

Joe Biden and Kamala Harris accepted the Democrat nomination for President and Vice President, and make their case for bringing America out of despair and into The Future.  This election is the most historic election in the modern day era. “ The Battle for The Soul of This Nation “is a cross between W.E.B. Dubois book “The Soul of Black Folks” (a book that depicts the problem with the 20th century is The Color Line) and D.W. Griffith’s film  “A Birth of A Nation” (a film that’s original title was “Clansman”). WHO ARE WE AMERICA? Is the color line and gender line still going to be a problem a quarter into the 21st century, or are we ready to give birth to a New Nation? I am ready for a New America, but in order to achieve this glory we must let our egos die because when the ego dies the soul awakens. Once the soul of America awakens, then we will clearly see  “There but for the grace of God go I”. 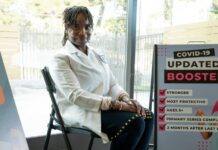 It Must Be the Money