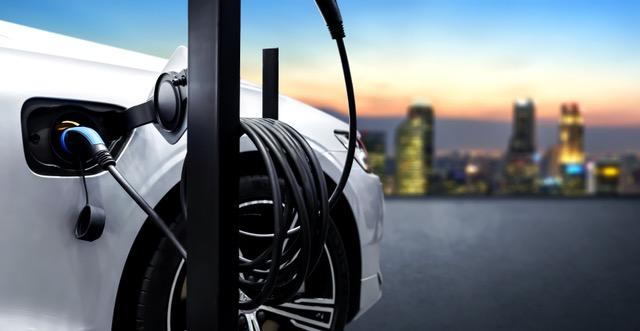 California bills itself as a leader among states when it comes to progressive policy change in the United States. And one of its more ambitious policies is to ban sale of all gasoline-powered vehicles in the state by 2035.

But some African American leaders worry that, while the Governor has good intentions, his plan does not take into consideration how the policy stemming from it might affect people living in working-class and middle-class communities.

Salena Pryor, president of the Black Small Business Association of California and CEO of Pryor Consulting, says the “devil is in the details.”

Pryor said most Black residents in communities across the state are not sold on the program, mainly because of the anticipated costs.

“Barriers to access, incentives, rebates, the lack of charging stations in communities of color and the lack of information about policy and programs – these things coupled with the high cost of electric vehicles will leave Blacks behind,” said Pryor.

She says, if the governor wants Black people to buy into this program, he needs to organize more outreach programs – especially through trusted organizations.

“People listen to people who look like them,” she said.

Pryor cites the example of the state’s electric vehicle program, recommending that it should be promoted to African Americans through the Black media, religious and civil leaders and through groups like the NAACP.

Newsom has dedicated $10 billion to the California’s zero-emission vehicle program.

Critics like Pryor are curious how the move to clean energy vehicles will affect people who live in urban communities. According to Edmunds.com, a car-buying site, the cheapest Electric Vehicle (EV) is the Nissan Leaf, which is about $30,000. This is still out of the price range of most working-class people, Pryor says.

According to a 2021 report from Fuel Institute, titled “EV Consumer Behavior,” the average EV driver is a middle-class White male.

A 2017 Morgan State University study of EV drivers showed that 75% were White and only 13% were Black.

Another problem, critics say, is increased EV use will mean more demand for electric energy. According to a report by the Pacific Research Institute, titled, “Zapped: How California’s Punishing Energy Agenda Hurts the Working Class,” California families are already spending an average of $1,400 on electricity.

“California’s current approach to energy regulations impose much higher financial burdens on lower-income families, particularly those families living in the Central Valley, Inland Empire, and eastern regions of the state. In far too many cases, the high costs force too many families into the scourge of energy poverty,” said the report.

The Pacific Research Institute also suggests that nuclear energy is a cheaper source. However, nuclear energy comes with its own political and environmental risks.

“Nuclear power is another market-tested technology that can meaningfully reduce emissions while ensuring Californians have access to safe, affordable and reliable electricity. As the International Atomic Energy Agency (IAEA) noted, ‘nuclear power is the second-largest source of low carbon energy used today to produce electricity, following hydropower,’” the report said.