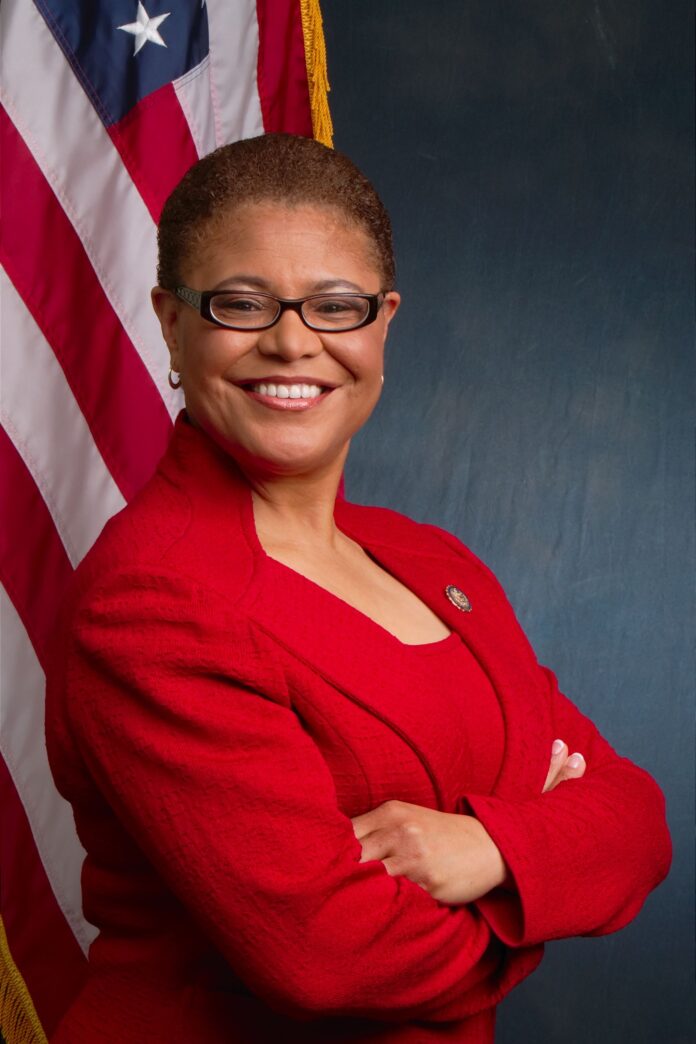 The announcement that many have been anxiously and excitedly anticipating has finally come to fruition: U.S. Rep. Karen Bass has officially announced that she will enter the 2022 Los Angeles mayoral race.

“With my whole heart, I’m ready. Let’s do this — together,” tweeted the Democratic Congresswoman on September 27, adding “I’m running for mayor.”

Congresswoman Bass has represented California’s 37th district since 2013, which covers areas south and west of downtown Los Angeles. (From 2011-2013, it was numbered as the 33rd district) She’s quickly become a formidable presence in Congress. Bass has served as the Chair of the Congressional Black Caucus in 2019 and 2020, and has also served on the House Foreign Affairs Subcommittee and the Judiciary Committee. In 2014, the congresswoman helped to implement a boost in the California film tax incentive program, which brought fleeing production jobs back to Los Angeles.

Bass has already established herself to be the progressive leader that Los Angeles voters would welcome as mayor. Perhaps the most comforting and familiar aspect of Congresswoman Bass’s political journey is that she began as a grassroots organizer in her hometown Los Angeles community. In the late 1980s, in response to the devastating crack cocaine epidemic, Bass and other community organizers founded “Community Coalition”, an organization with a mission to transform the social and economic conditions throughout South Los Angeles.

Bass’s campaign manager Jamarah Hayner spoke with Inglewood Today about the congresswoman feeling as though she’s been called to action in this mayoral race, especially during such an important time in our society.

“Her heart is Los Angeles. At every point in her career, whether it was responding to drug and public health crises in the 1980s, gang violence in the 1990s …she always jumps in to help. I think that everyone would agree that Los Angeles is at a crisis point right now, of course with homelessness, but also with a lot of divisiveness that we see nationally, and it’s also creeping in locally– we saw that with the Newsom recall. The congresswoman looks at that, and says ‘How can I not jump in?’” According to Hayner, tackling homelessness and bringing adequate healthcare to Los Angelenos will remain Bass’s top priorities as mayor.