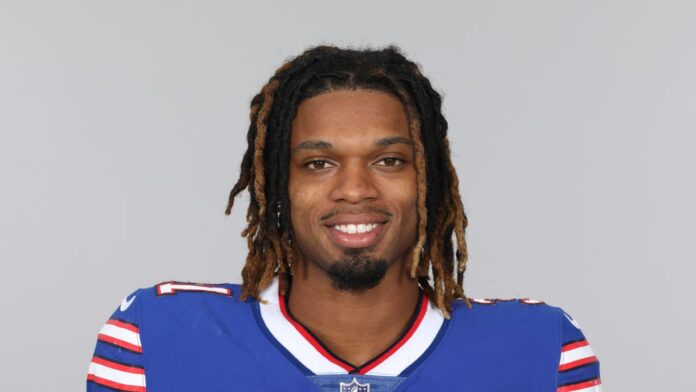 Raise your hand if you knew who Damar Hamlin was before Monday Jan. 2 when the Buffalo Bills visited Cincinnati Bengals for a marquee NFL match-up in which playoff homefield advantage hang in the balance?

The likelihood of many people knowing who Buffalo Bills Safety Damar Hamlin was on that fateful Monday Night is remote, but the entire world knows precisely who he is now.

Hamlin suffered cardiac arrest while making what most experts say was a routine tackle on Bengals receiver Tee Higgins, as the two fell to the Paycor Stadium turf, Hamlin jumped up, adjusted his facemask and then collapsed on his back.

As he lay motionless, medics rushed to his aid and within seconds began performing CPR, even using the defibrillator, a device that gives a high energy electric shock to the heart of someone who is in cardiac arrest.

Moments thereafter, players were shown visibly shaken, crying displaying anger, shock and utter sadness, as he was transported to UC Medical Center in Cincinnati where as of press time he remained fighting for his life.

After initially suspending the game, it was then cancelled, but there have been reports that the NFL considered playing the game anyway, reportedly informing the players they had five minutes to warm-up after the tragic incident according to MNF announcer Joe Buck.

“They said they’re going to give five minutes of a warmup to these players to get ready,” Buck told The Post by phone.

However, NFL executive Troy Vincent vehemently denied that calling it “ridiculous” and “insensitive.”

“I’m not sure where that came from,” Vincent said early Tuesday morning. “Frankly, there was no time period for the players to get warmed up. Frankly, the only thing that we asked was that [referee] Shawn [Smith] communicate with both head coaches to make sure they had the proper time inside the locker room to discuss what they felt like was best.”

The game was ultimately cancelled, although some late night conferences were conducted on when or whether to reschedule the game which has significant playoff ramifications, nothing had been determined as of press time.

On a day a football game was scheduled, life showed up and it did so in the form of a human wearing the NFL colorful uniforms in a nationally televised game.

Ironically, as a 24-year old second year player cling to his life, the NFL yielded the final determination to its distraught players on whether to resume a football game. It was the players who relayed to their coaches and NFL management they were not in mentally prepared to play.

The attest reports revealed he was making improvements, indicating that he may possibly survive.

Hamlin was raised in McKees Rocks, Pennsylvania. He attended Central Catholic High School in Pittsburgh, Pennsylvania where he was named first-team All-State and the Class AAAA Defensive Player of the Year.

He was a sixth round pick of the Bills in 2021 out of the University of Pittsburgh, he was the number 212th selection.

To date, Hamlin has made about $1.8 million playing football, but hours after of his near life threatening injury, a GoFundMe account that Hamlin established to raise money for children Christmas toy donations had blown past $5 million, more than the contract he signed with the Bills.

As prayers poured in for Hamlin from all around the world, questions about the safety of football were revisited, although we have yet to receive the official diagnosis as to how he was injured.

We know there will be another NFL game as soon as this week, it is by far the most popular sport in America and the fans, the networks and the money will demand it.

We also hope and pray that Damar Hamlin and what happened to him will never be forgotten because he reminded us through his tragedy that underneath that decal on the helmet, the shiny tight pants and the fancy cleats that a real human being reside.

One who is a real person, who hurts, cries and is subject to potential fatality at any given time.

The NFC playoff picture entering Week 16, and what’s at stake...

Dr. Erika Torres thanks Rams and Lowes for Christmas Trees