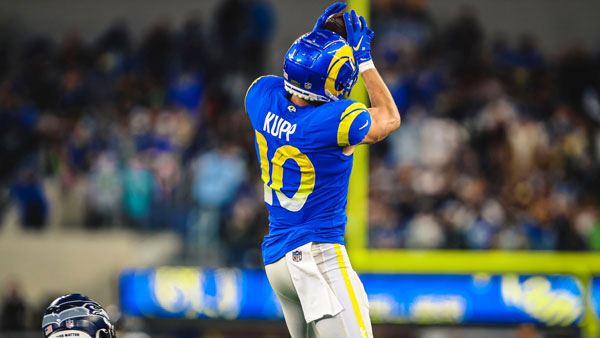 In the eight seasons Donald as graced the NFL, no Pro Bowl roster has been without the Rams’ menacing defensive tackle. Widely regarded as the most dominant defensive force in football, Donald has 10.0 sacks, 20 QB hits, two forced fumbles, four passes defenses and 61 total tackles in 13 games played so far in the 2021 season. Dealing with double-teams from opposing offensive linemen on a consistent basis hasn’t kept the 30-year-old from logging his fifth straight season with 10-plus sacks. The 100-sack mark is well within his grasp by season’s end with 95.5 and counting for his remarkable career.

Kupp’s first Pro Bowl season is not just a campaign to remember, but one on the brink of history. The Rams wide receiver currently leads the NFL in receiving yards (1,489), receptions (113) and receiving touchdowns (12), and maintaining those league-high marks will make him just the fourth player in NFL history to achieve the receiving “triple crown,” joining Jerry Rice (1990), Sterling Sharpe (1992) and Steve Smith (2005). Setting career-high single-season marks in all three of those categories already in 2021, Kupp and his sure hands and uncanny awareness on a football field should prompt a consecutive streak of Pro Bowl selections for the fifth-year pro.