From her first significant role as Jane Foster in the TV drama “East Side/West Side” to her recurring role as Ophelia Harkness in “How to Get Away with Murder,” Cicely Tyson’s nuanced portrayals of proud Black women “were a powerful counterbalance to the negative stereotypes prevalent in film and television.”

The legendary film, television, and stage actress who earned an Academy Honorary Award, three Emmy’s and a Tony, left us too soon at 96.

“Often at great personal cost, she demanded truth and dignity in the roles she accepted. Few actors have done more to advance the cause of racial justice than the incomparable Cicely Tyson,” National Urban League President and CEO Marc Morial said late Thursday.

“The National Urban League was proud to present her with one of our highest honors, the Arts Award, at our 2013 Conference. The entire Urban League Movement mourns her passing and honors her memory.”

A cause of death was not immediately released.

“With heavy heart, the family of Miss Cicely Tyson announces her peaceful transition this afternoon,” her manager, Larry Thompson, said in a statement. “At this time, please allow the family their privacy.”

Born in New York on December 19, 1924, Tyson grew up in Harlem’s famed but hardscrabble streets.

As a teenager, she worked as a typist but decided she wanted to go into show business.

She began modeling at the age of 18, but her love of the stage almost immediately took over.

In 1963, Tyson made history with East Side/West Side, becoming the first Black lead in a television drama series.

Her star soared after an Academy Award-nominated performance for the 1972 film, Sounder.

She had previously appeared in an episode of the TV western “Gunsmoke,” and had made a name for herself in “The FBI,” “A Man Called Adam,” and I-Spy with Bill Cosby.

“Cicely was a brilliant actress, who was a woman of color, with the strength of her Blackness, she made it possible for Black women to grace the stage of theatre, film, and television,” comedian Bill Cosby wrote in a statement posted to his official Twitter account.

“I still smile because I had the blessings of witnessing her talent on an episode of ‘The Bill Cosby Show’ called ‘Blind Date’ I can only imagine how strong Miles Davis is blowing that trumpet, welcoming you in his arms with the song, ‘So What.’ Thank you for your brilliance and grace.”

The ultra-talented Tyson would earn Emmy Awards for her portrayal of Kunta Kinte’s mother in Alex Haley’s “Roots,” and as the lead character in “The Autobiography of Miss Jane Pittman.”

In 1994, Tyson earned her third Emmy in her supporting role as housemaid Castalia in CBS’ miniseries “The Oldest Living Confederate Widow Tells All.”

“So many great stories about Cicely Tyson,” Tweeted Soledad O’Brien. “Whew, that lady was amazing. While shooting a doc on her in Spanish Harlem, people kept stopping their cars. In the street. To hop out and say hi. Old people. Teenagers. Middle-aged fans. “Ciss-el-lee” they’d chant as she’d walk by.”

The Hollywood Reporter received statements from some of Hollywood’s biggest stars.

Viola Davis, who worked with Tyson on How to Get Away with Murder and wrote the foreword of Tyson’s memoir, wrote:

“I’m devastated. My heart is just broken. I loved you so much!! You were everything to me! You made me feel loved and seen and valued in a world where there is still a cloak of invisibility for us dark chocolate girls. You gave me permission to

I’m not ready for you to be my angel yet. But…I also understand that it’s only when the last person who has a memory of you dies that you’ll truly be dead.

In a tribute, Tyler Perry emotionally shared that the news “brought me to my knees,” according to The Hollywood Reporter.

“She was the grandmother I never had and the wisdom tree that I could always sit under to fill my cup. My heart breaks in one beat, while celebrating her life in the next,” he wrote.

“She called me son. Well, today your son grieves your loss and will miss our long talks, your laughter from your belly, and your very presence.”

Whoopi Goldberg also paid tribute by describing Tyson as “a tower of power, a pillar of strength, CLEAR about who she was, and how she was to be treated.”

LeVar Burton paid tribute to his “first screen Mom.” “Elegance, warmth, beauty, wisdom, style, and abundant grace. She was as regal as they come. An artist of the highest order, I will love her forever,” he wrote. 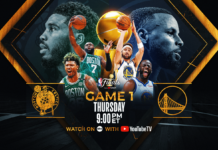 Are Golden State and Boston stylistic opposites of each other? 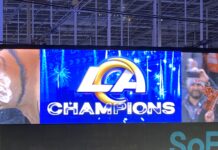 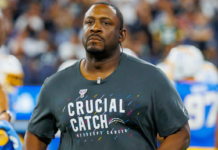