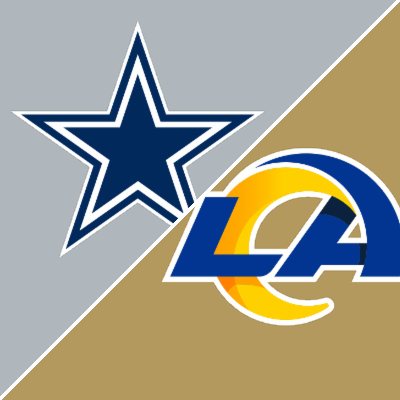 After two consecutive weeks on the road, the Rams are back home at SoFi Stadium in Week 5 to take on the Cowboys. Kickoff from SoFi Stadium on Sunday is scheduled for 1:25 p.m. pacific time on FOX.

In advance of the contest, here is your First Look at Rams-Cowboys, presented by American Airlines:

Signed S Malik Hooker to a 2-year deal in March: Hooker’s 20 total tackles are fourth-most on Dallas’ defense, and he has also played a key role in the Cowboys’ ability to limit explosive pass plays through their first four games.

Rush completed 15 of 27 pass attempts for 223 yards and two touchdowns in Dallas’ 25-10 win over Washington.

WR CeeDee Lamb was Rush’s top target, hauling in six catches for 97 yards and one touchdown. WR Michael Gallup (two catches for 13 yards) was on the receiving end of Rush’s other passing touchdown.

Once again, attention will be paid to the trenches this week.

Between the Rams’ injuries along their offensive line and the Cowboys’ use of linebacker Micah Parsons, it is perhaps the biggest storyline entering Sunday’s game.

The Cowboys line up Parsons all over the field to take advantage of his versatility. He can play off the ball, cover running backs and tight ends, blitz and also serve as a pass-rushing defensive end. According to Pro Football Focus, Parsons’ 22 pressures are second-most in the NFL this season.

In other words, offenses must know where he is at all times.

The attention he commands opens things up for Dallas’ other pass-rushers – that sounds familiar – which can in turn present challenges for an opposing offensive line.

Inglewood vs Morningside Rivalry for All the Right ReasonsIt more than...