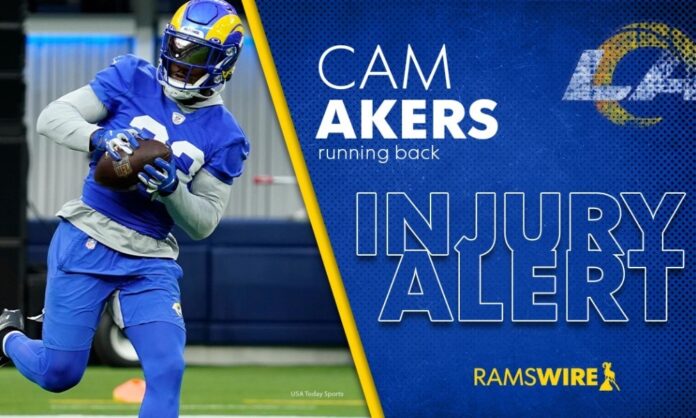 The LA Rams arrived at their Newport Beach team hotel this week in preparation for Training Camp, which begins at UC Irvine on July 28.

Upon arrival, Head Coach Sean McVay, along with players, spoke with local media about the upcoming weeks of what’s to come– giving a glimpse at some of the key focuses going into camp, such as roles to be filled and adjustments that will need to be made.

Since the recent unfortunate Achilles injury of the Rams’ top running back Cam Akers, many are eager to learn who is up next for the position. Darrell Henderson, Jake Funk, Raymond Calais, and Xavier Jones are all in the mix to fill the Akers void. Coach McVay made it clear that, as of now, he is not looking to pursue a free agent veteran for the roll.

Another top-priority on Coach McVay’s radar headed into camp will be the outside linebackers. He mentioned the “versatile skillset” that Justin Hollins has proven himself to have based off of last season, but also acknowledges that he’s still accumulating the necessary experience it takes to be a top defensive force. As for cornerback and safety, Coach sees great promise with David Long Jr. and Terrell Burgess. Burgess is coming off of a severe ankle injury from last season that kept him sidelined after Week 7, right as he was beginning to play some of his best football. At the safety position, many eyes will also be on Taylor Rapp and Jordan Fuller.

As for COVID-19 precautions, Coach McVay mentioned at the press conference that 100 percent of the Rams staff is fully vaccinated, and “really close to 100 percent” of the players are fully vaccinated. Coach declined to detail the exact numbers.