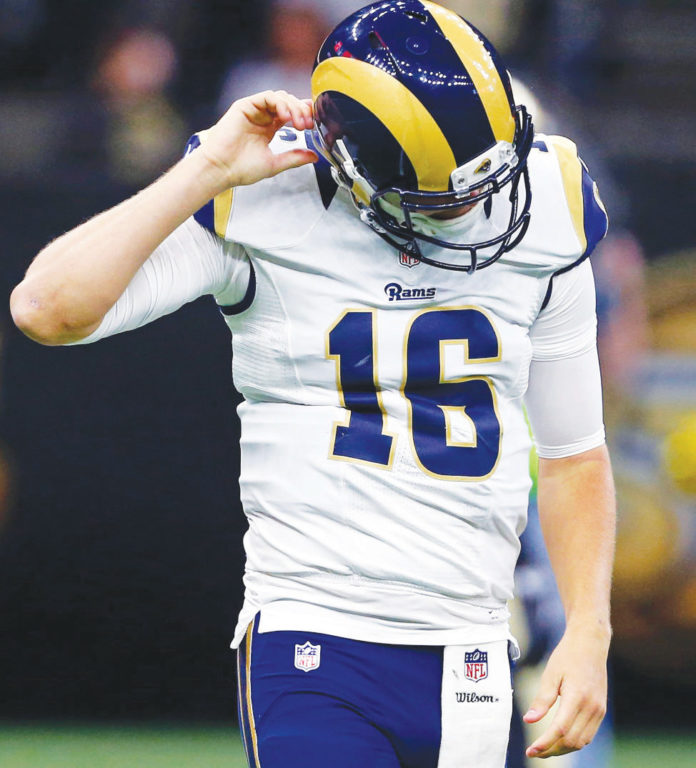 Sunday’s Week 17 game against the Cardinals will be the final one for the current group of Rams players with Los Angeles officially eliminated from playoff contention.

For Rams head coach Sean McVay, it will be an integral part of his message throughout the week.

L.A.’s roster could look much different next season with several players’ contracts expiring.

In the immediate future, the group has a chance to help guarantee a winning record for the Rams in each of their first three seasons under McVay.

“You want to make sure that you appreciate, enjoy the opportunities, appreciate the relationships that you build – knowing that inevitably there is change that occurs year in and year out whether it be good or bad,” McVay said.

That inevitable change is a natural part of the NFL. It is what allows other teams to reach the postseason and contend for a Super Bowl, much like the Rams did last season.

At 8-7, Los Angeles is locked into a third place finish in its division for 2019. While a ninth win would be a humbling departure from the repeat division titles across the 2017 and 2018 seasons which featured 11-5 and 13-3 regular season records, respectively, it carries more meaning than one would think.

“I think it’s important,” McVay said. “I think it demonstrates, too, the character that I do believe we have in this locker room. For guys to continue to compete, we’re going to battle and we’re going to compete to the best of our ability to try to finish out with a winning record. That is something that I said to the team today and I think it’s important for us. We know the challenge because Arizona is a tough football team.”

While the season has not gone the way McVay or any of the current Rams likely planned, it has given him perspective and appreciation. Now, his goal is to finish the season in positive fashion, regardless of what the future holds.

“For us, this will be the last time with this team that we’ll get a chance to go out and compete together,” McVay said. “I think we want to be able to enjoy the week of preparation and let’s see these guys go out on a good note.”