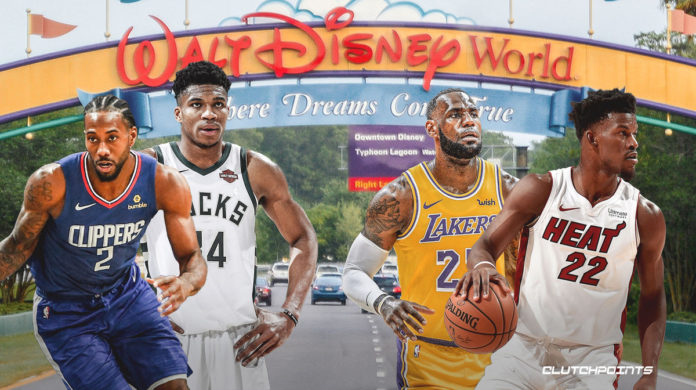 Personally, I never though I would see another NBA game this season after coronavirus upended our lives some three months ago, and now I am even more skeptical that LeBron James and Kawhi Leonard would continue their rivalry of Southern California supremacy.

Yes, the NBA has agreed to resume its season within the next month or so at Walt Disney World in Orlando, but with COVID-19 continuing to spread in Florida and California and other regions of the nation, not only does it appear risky but also quite irresponsible.

The NBA sent out its media application form that will only be approved for a rare number of publications or organizations and it would cost entities some $550 per day for a mandatory 10-day stay at the property.

Now, let that sink in for a bit…Local Black newspapers struggle to cover the NBA throughout the season when the cost of parking and the hospitality requires just shy $100 per game. Now, with COVID-19 crippling our business and advertisers abandoning our product in droves, covering a NBA game could mean bankruptcy.

However, for the NBA television and marketing partners a hyphenated campaign could cut their losses that are increasing by the billions.

Thus ESPN, which has trimmed staff and cut salaries, is salivating to televise something more than the opinionated First Take and highlight reels of games from yesteryear.

Commissioner Adam Silver even hinted at such prospects that the plans to resume play could come to a screeching halt during appearance on TIME 100 Talks.

“Never full steam ahead no matter what,” Silver responded to TIME. “One thing we are learning about this virus is much

unpredictable, and we and our players together with their union look at the data on a daily basis. If there were something to change that was outside of the scope of what we are playing for, certainly we would revisit our plans.

“We are testing daily. We haven’t put a precise number on it, but if we were to see a large number of cases and see spread in our community, that would of course be a cause to stop as well.”

Florida which recklessly opened way too soon has reported more than 6,000 additional cases of the coronavirus since this week, raising the state’s total past 152,000 cases. On one single day, the state had its highest single-day total reported at 9,585 cases.

The New Orleans Pelicans has had three players test positive for the virus, the Brooklyn Nets former Taft High Star Spencer Dinwiddie told The Athletic that he had also tested positive for the virus — though Dinwiddie said it was “unclear” whether he would be able to go to Disney World. Wilson Chandler, a reserve forward, told the team he was opting to skip the rest of the season because of virus concerns.

Veteran Milwaukee Bucks guard George Hill is still on the fence as to return citing social justice issues in addition to the virus as a primary concern and recently opened up a charter school in his home town of Indianapolis.

“If I didn’t have that talent, I possibly would’ve been that George Floyd. I possibly would’ve got gunned down in the streets in Indianapolis. So, yes, this (charter school) for me, it impacts me even more because I’ve seen the killing going on, and I’ve seen the police brutality,” Hill said before getting choked up. “I’ve seen that my cousin is laying in the street for an hour and a half before another police officer gets there. I’ve seen that. So, I get emotional because it really hurts. I’ve got interracial kids, and I’m scared just for my whole life.” Yeah, so life is much more important than basketball at the moment although sports in and of themselves contributes in many aspects to the life w

Former Rams Aqib Talib and John Johnson reunite to give...

COVID Resolute in Defining Our Future