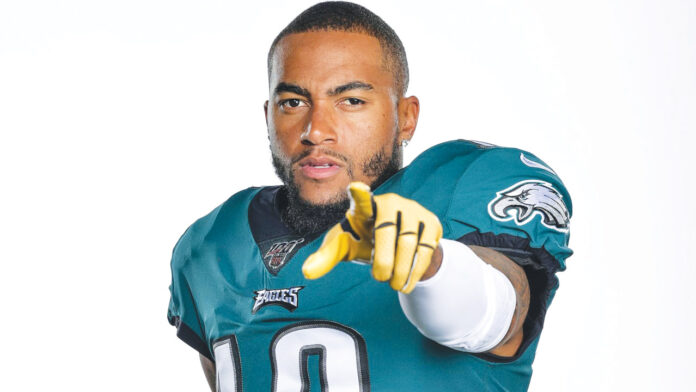 THOUSAND OAKS, Calif. – The Los Angeles Rams announced this week that they have agreed to terms with wide receiver DeSean Jackson on a one-year deal.

Jackson, 34, joins the Rams after spending the last two seasons in Philadelphia. In 2020, he recorded 14 receptions for 236 yards and one touchdown in five games, missing most of the season due to ankle injury.

This will be Jackson’s second stint working with Rams head coach Sean McVay. The two previously crossed paths during Jackson’s three seasons in Washington from 2014-16, the same three years McVay was its offensive coordinator. Jackson eclipsed 1,000 receiving yards in two of those three seasons and posted a combined 142 receptions for 2,702 yards and 14 receiving touchdowns during that span.

A three-time Pro Bowler, Jackson has totaled 612 receptions for 10,656 yards and 56 touchdowns through 161 games in 13 NFL seasons. He is also a Los Angeles native who attended Long Beach Polytechnic High School before heading to Cal to continue his career at the college level.