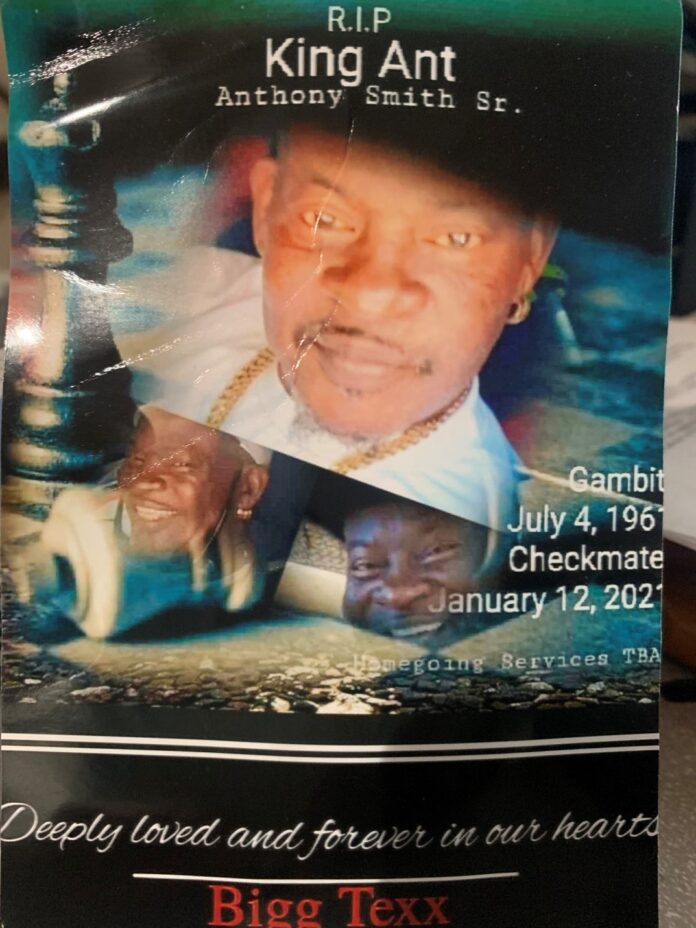 Earlier this week locals said farewell at a home-going service for Inglewood resident Anthony T. Smith, Sr., known affectionately as King Ant. Smith was reared by Charles and Ainita Smith along with his cousins. He attended schools in Inglewood and later distinguished himself as a gifted athlete winning honors as the fastest 100-meter sprinter in track in field at Crenshaw High School. At the age of 14 Smith earned a Black Belt in Martial Arts and he loved playing dominoes and later mastered the game of chess.

Smith was an entrepreneur who augmented his income as a security guard and drug rehabilitation counselor. He had a penchant for fast cars and fine jewelry and enjoyed spending time with his many children and grandchildren. Smith accepted Christ as his spiritual savior and confirmed his commitment by being baptized along with his daughter Precious. He was known for having a generous heart and would look out for those who needed him.

To cherish Smith’s memory are his son Anthony, daughters Precious and Bianca, and four grandchildren. Smith cherished family and friends and he leaves a bevy of family, relatives and friends to savor his memory. His daughter said, “if he were here to speak for himself, he would ask that you do not mourn for him. He would want you to live the life you love and do your best to take care of one another. That is how he lived his life so we say farewell, King Ant, until we meet again. Rest in Power!”