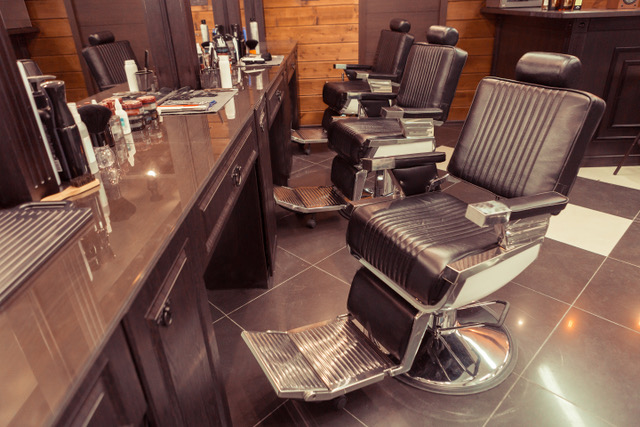 Black politicians, social media commenters, and others blasted the governor, saying his decision to lift his state’s month-long stay-at-home order by first opening businesses like barbershops, nail salons, sneaker stores, tattoo parlors, gyms, and bowling alleys put the lives of Blacks at risk. Those are businesses African Americans frequent, his critics pointed out.

But unlike Georgia, California Gov. Gavin Newsom said businesses like barbershops, beauty shops, and nail salons will not be allowed to begin servicing their customers again until the third phase of the Golden State’s reopening plan.

“Phase three is not a year away. It’s not six months away. It’s not even three months away. It may not even be more than a month away,” Newsom said at his daily press conference Friday. “We just want to make sure we have a protocol in place to secure customer safety, employee safety, and allow the businesses to thrive in a way that is sustainable.”

On May 8, California started the second in a four-stage process of reopening business and public spaces shut down during the COVID-19 crisis on a category-by-category basis. Businesses in industries such as retail, manufacturing, logistics, and others that fit certain safety requirements opened Friday, still maintaining recommendations for wearing masks and gloves, and maintain a social distance of six feet between people.

Now, smaller businesses like salons and barbershops that require closer contact between people  — and that have been hit hard in the pocket by coronavirus-related shutdowns  —  are calling on the California governor, state legislature and other politicians to allow them to return to work.

“While we understand the need to prioritize public health and safety during this unprecedented crisis, the economic devastation of this moment cannot be overstated,” the letter read. “This loss of income is compounded by the limits of California’s safety-net services and has left too many barbers and cosmetologists without assistance during this difficult time.”

The BSBA claimed that many of the protections federal and state officials promised to small businesses did not reach barbers and cosmetologists.

“For example, many of these individuals have applied for Unemployment Insurance, but were denied,” the letter read. “Others applied for the federal Paycheck Protection Program and Economic Injury Disaster Loans through the Small Business Administration and were denied access to these funds as well. In addition, few if any have received access to information about local emergency funding options when these funds have been made available.”

In addition to those letters, the BSBA, along with the Mixed Cosmetology School, several barbers and cosmetologists wrote safety guidelines to serve as a model for how these specific businesses could begin reopening sooner rather than later.

Robert Brown, a barber at Another Look Hair Salon in Sacramento, highlighted some of the unique issues facing barbers and beauticians during the pandemic.

“Many African American owned salons didn’t qualify for the PPP loan because we rent booths to our stylists and barbers,” Brown said. “We didn’t have the payroll numbers to give banks to qualify.”

The Paycheck Protection Program (PPP) is a federal government stimulus loan program under the CARES act that provides cash to small businesses to cover payroll. The federal government forgives the loan if 75% of it is used to keep employees hired.

California joins several other states in reopening businesses after months of closures in the midst of this pandemic. But due to the size of the state, Gov. Newsom says, the reopening process has been based on the needs of different counties.

“[Los Angeles] County is in conversations with our state partners and wants to ensure any restrictions we ease are in the best interest of the health of all of our residents,” Barger said. “What’s best for other counties may not necessarily be right for Los Angeles County as we are the most densely populated county in the state, our guidelines will certainly look different than others.”

Dave Charles Presley Jr., a Rialto resident, and barber for 28 years had to move out of his apartment due to all of the revenue he has lost since the COVID-19 pandemic began.

“It’s been an absolute nightmare,” Presley said. “I’m looking at all of these politicians with these fresh haircuts, yet our businesses are suffering. I know they didn’t cut that themselves.”

Presley also claims that he has waited for over a month to receive the unemployment benefits that he applied for after the governor issued his stay-at-home order.

Lorenzo Griffin, CEO of Laran Products, has been trying to help barbers like Presley as Laran Products only sells their merchandise directly to salons and barbershops.

“The beauty industry, the barbershops, and the beauty salons is the second-largest social institution in Black America, second only to the church,” Griffin said. “It’s vital that we open but it is absolutely vital that we stay safe when we open.”

Some have expressed concern about Black people returning to certain jobs during this reopening process. Dr. Melva Thompson-Robinson, Executive Director of the University of Nevada, Las Vegas (UNLV) Center for Health Disparities Research, spoke about the many challenges Black people have been facing during the COVID-19 pandemic.

Thompson-Robinson also expressed her concern about the inherent racial bias in the medical community and explained how African Americans can combat that bias without coming across as hostile.

“You can advocate for yourself by having someone who can go with you, who can advocate on your behalf, or if you can’t have someone go with you, have someone put together a list of questions that have to be answered by the doctors so if you’re there by yourself, your issues and concerns aren’t being overlooked,” Thompson-Robinson said.

Critics Say Proposal to Shorten Workweek to 32 Hours Is “Job...