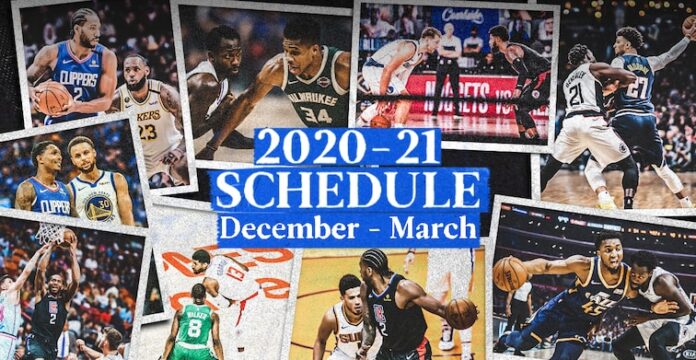 The LA Clippers will tip off the 2020-21 season on Tuesday, Dec. 22 at 7:00 p.m. PT at the Los Angeles Lakers on the NBA’s Opening Night, and have released their first half schedule. Fans can watch Opening Night on TNT.

The Clippers’ second game of the season will be at the Denver Nuggets on Christmas Day at 7:30 p.m. PT on ESPN and Prime Ticket/FOX Sports San Diego, and then the team will return to Los Angeles to take on the Dallas Mavericks, Minnesota Timberwolves and Portland Trail Blazers. The first half of the season includes six back-to-backs for the Clippers, and wraps up on Thursday, March 4 at the Washington Wizards.

Prime Ticket/FOX Sports San Diego will televise all Clippers games not airing exclusively on TNT, ESPN or ABC. Additionally, all games airing on the regional sports networks will be available for live streaming via the FOX Sports GO app and FOXSportsGO.com, with Clippers CourtVision powered by AWS available there for regular season games. All games will air on the radio on AM 570 L.A. Sports and in Spanish on 1330 AM – Tu Liga Radio.

The LA Clippers’ game and broadcast schedule will be found online at www.clippers.com/schedule, and a PDF is available here.