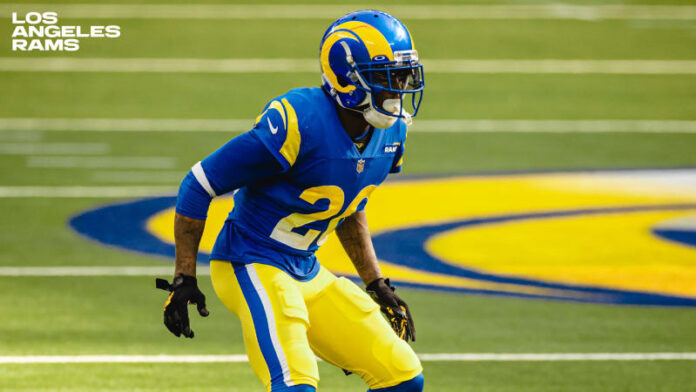 The Rams (5-3) resume divisional play this week hosting the Seattle Seahawks (6-2) on Sunday, looking to get back on track after a disappointing loss to the Miami Dolphins. Kickoff from SoFi Stadium in Inglewood is scheduled for 1:25 p.m. on FOX.

In advance of the contest, here is your first look at Rams-Seahawks on Nov. 15, including notable Seahawks additions, some of Seattle’s top statistical performers in Week 9 and key storylines:

Acquired All-Pro and Pro Bowl safety Jamal Adams (and a 2022 fourth-round pick) in a trade with the New York Jets in July in exchange for their 2021 first and third-round picks, a 2022 first-rounder, and safety Bradley McDougald. Adams was sidelined for four games due to a groin injury sustained in Week 3 against the Cowboys but returned last week.

In the four games Adams has been healthy, he’s registered 28 total tackles, 3.5 sacks and one pass breakup.

QB Russell Wilson completed 28 of 41 pass attempts for 390 yards with two touchdowns and two interceptions in the Seahawks’ 44-34 loss to the Bills, also adding a four-yard rushing touchdown to his stat line. Wilson also lost both of his fumbles.

With starter Chris Carson (foot) and backup Carlos Hyde (hamstring) each missing their second consecutive game due to injury, rookie RB DeeJay Dallas got the start against Buffalo, tallying seven carries for 31 yards and one touchdown plus two catches for eight yards. Travis Homer added six carries for 16 yards and three receptions for 64 yards.

WR D.K. Metcalf led Seattle receivers with seven receptions for 108 yards and one touchdown. Fellow receiver David Moore (four receptions for 71 yards) was on the receiving end of Wilson’s other passing touchdown.

On special teams, K Jason Myers made both of his field goal attempts (long of 45) and all four of his extra point attempts.

With the Seahawks, Cardinals and 49ers all losing in Week 9, Week 10 presents a massive opportunity for the Rams when it comes to the NFC West. In fact, a win would move Los Angeles into a tie with Seattle for first place in the division, though an Arizona win could also make it a three-way tie.

Standing in the Rams’ way of what would be an optimal start to the second half of the season, though, is an early NFL MVP candidate who has given opposing defenses fits.

Seahawks fans, for more than a year, have been begging for their team to “Let Russ Cook,” or allow the signal-caller to play with his fourth-quarter aggressiveness from the onset of a game rather than toward the end of it. The result through the first eight weeks: The NFL’s top passing offense in 2020, with Wilson averaging 317.6 yards per game. His 28 passing touchdowns lead the league and are three shy of his total in 16 games last season.

Consequently, Sunday’s game will require an extra-disciplined effort by the Rams’ pass rush and secondary and place an increased emphasis on creating takeaways.

The Cardinals picked off Wilson three times in Week 7, and though they were unable to capitalize on the first two, the third led to their game-winning field goal in overtime, a 34-31 victory. The Bills scored 16 points – three field goals, one touchdown – off Wilson’s turnovers in their 44-34 Week 9 victory, the points and the timeliness of those takeaways helping prevent a Seahawks comeback.

If the Rams can do the same – they have shown they are capable against other opponents this season – it will help their chances of winning on Sunday.