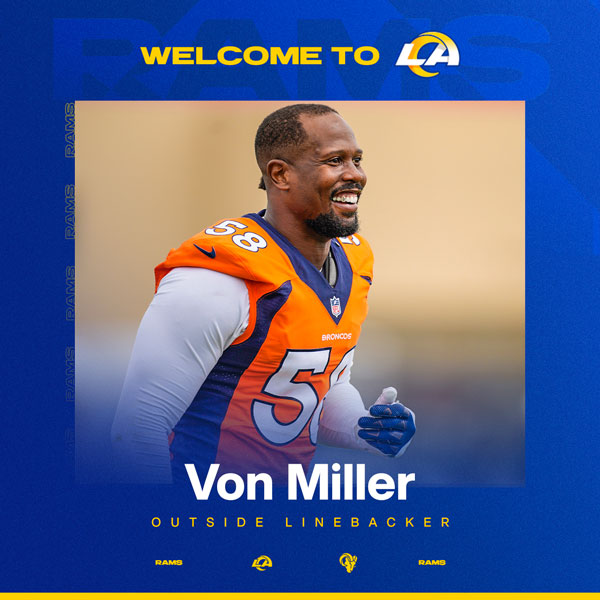 The Rams and the Denver Broncos have agreed to a trade that brings outside linebacker Von Miller to Los Angeles in exchange for draft picks. Miller is a seven-time All-Pro selection (three First Team, four Second Team) and eight-time Pro Bowl selection, and has amassed 110.5 sacks, 509 total tackles and 225 QB hits in 142 career games with the Broncos. He was named Super Bowl MVP for Super Bowl 50 in 2015 after helping Denver defeat the Carolina Panthers 24-10, becoming only the fourth linebacker to earn the award.

The NFC West leading Los Angeles Rams face the AFC West leading Tennessee Titans this Sunday in Los Angeles. See your Rams under the bright lights of SoFi Stadium in this clash of divisional leaders in primetime with official game tickets.

See the AFC’s best visit NFC’s Best Under the Lights this Sunday!

Join us on Sunday Night as two of the NFL’s best teams clash in Primetime. Your division leading Rams are looking to extend their win streak to five consecutive games when they host the AFC South leading Tennessee Titans on Sunday.

It all kicks off pregame as we honor Hall of Fame wide receiver and Super Bowl Champion Isaac Bruce in a ring ceremony that includes multiple Rams Hall of Famers at American Airlines Plaza. Fans can also check out Hall of Fame busts of Rams greats plus score a commemorative rally towel in the pregame festivities! 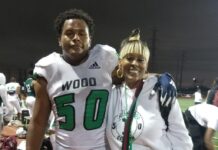