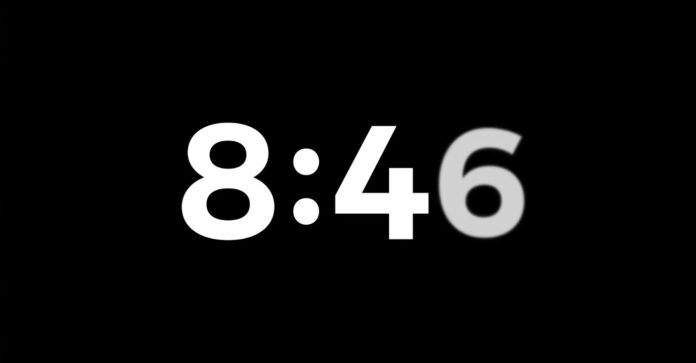 Over the past weeks across the nation, united demonstrations have made the message clear: People have had enough of the ongoing struggle for equality and equity, of the battle against systemic injustice, and the fear of being a person of color in America.

The catalyst for the latest demonstrations was the senseless and tragic death of George Floyd on May 25 at the hands of four police officers in Minneapolis, Minn. Floyd’s death, those horrific eight minutes and 46 seconds as this American was begging for his life on an American street, was one of the most violent events witnessed through global media outlets.

Like all tipping points, this was nothing new. It was just too much. The weight of this horror became too heavy for our nation to bear.

Over years … decades … generations … The situation is simply all too familiar. Black, brown and white, we cannot pick it up anymore and just carry on. I believe we are all too tired and we are all too weary of this. Too much pain, too much loss and too much grief.

IT MUST STOP. NOW.

So, how do we proceed from here to heal this nation and finally institute meaningful change to make tragedies like George Floyd’s death a thing of the past?

Here is my answer. WE VOTE.

Now, as we know, voting has roadblocks, too. The COVID-19 pandemic has truly called into question why should we stand in long lines at the polls, running the risk of spreading the virus? The good news is, we don’t need to take those risks. We have a system for absentee and mail-in voting, and we know it works.

A new look at voting

In our current environment, mail-in voting should be a viable and easy-to-access alternative to standing in long lines and exposing one another to the virus. The good news is, in more and more states like Michigan, Texas, Arizona and Virginia, it is easier than ever to vote absentee.

And contrary to the claims of opponents of mail-in voting who say it is not secure or does not work, there is no data to support this. Voter fraud — and especially fraudulent use of absentee ballots — is very rare. According to an article in The Hill “Over the past 20 years, about 250 million votes have been cast by a mail ballot nationally. The Heritage Foundation maintains an online database of election fraud cases in the United States and reports that there have been just over 1,200 cases of vote fraud of all forms, resulting in 1,100 criminal convictions, over the past 20 years. Of these, 204 involved the fraudulent use of absentee ballots.”

Considering that in the last midterm election 120 million voters turned out — in one election not 20 — that’s a miniscule percentage.

So, we have two things on our plate right now: Ensuring that Americans, ALL AMERICANS, have the ability to vote and vote safely. And then making sure we do vote.

Choosing elected representatives, at the local, state and national level is imperative to combatting the injustices people of color face every day in this nation. We must support legislators who will work for us in enacting laws and policies that keep everyone safe from the type of actions that took the life of George Floyd, and so many others.

The Justice in Policing Act of 2020, currently being considered, would ban chokeholds, establish a national database to track police misconduct and prohibit certain no-knock warrants, among other initiatives. The bill, which has 230 co-sponsors as of this writing, contains several provisions that would make it easier to hold officers accountable for misconduct in civil and criminal court and includes law enforcement training provisions. To get measures like this one passed, we need the right people in elected office. That is the only way we will see real, systematic change.

As Rep. Karen Bass (D-Calif.), chairwoman of the Congressional Black Caucus, said during a recent Capitol Hill news conference, “Never again should the world be subjected to witnessing what we saw on the streets in Minneapolis: the slow murder of an individual by a uniformed police officer.”

To ensure this happens we must choose leadership that represents all of us. This November we can collectively get our arms under this awful burden and lift as one, lift as we say, in SOLIDARITY, to throw this terrible obstruction into the ditch where it forever belongs.

Five Tips For 2021 Graduates to Prepare For a Fiercely Competitive...