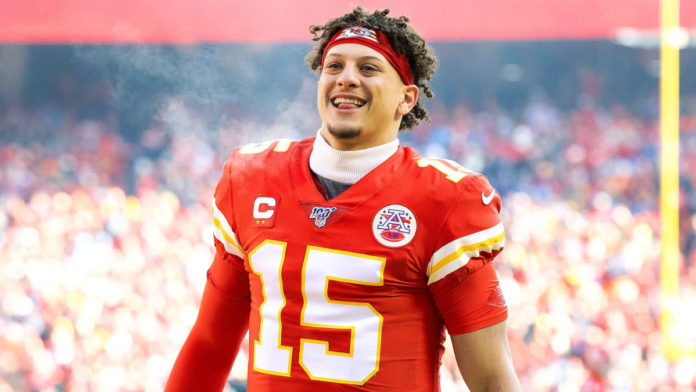 The National Football League (NFL) celebrated its 100-year anniversary at Super Bowl Super Bowl LIV at Hard Rock Stadium in Miami with only the third African American quarterback in the history of the league hoisting the prestigious Lombardi Trophy.

It was Kansas City Chiefs 24-year old whippersnapper Patrick Mahomes who joined the likes of Washington Redskins Doug Williams (1988) and Seattle Seahawks Russell Wilson (2014) who quarterbacked their teams to the Super Bowl championships.

Much akin to his ethnic predecessors, Mahomes was named MVP of the Super Bowl, leading his team to a thrilling come from behind 31-20 victory over the San Francisco 49ers. Kansas City ended a championship drought of 50 years.

Ironically, the rare mention of Mahomes becoming just the 3rd Black signal caller in 54 years of the Super Bowl may have much more to do with culture than it does race.

Thirty years ago when Williams became the first Black QB to win the Super Bowl it was an undisputable fact. Williams’ hailing from historically Black Grambling University and played for the great Eddie Robinson, which further validated and cemented his cultural and historical achievement.

For Williams he had dreamt of such a moment since he was seven years old, but when Wilson won in 2014, there was barely of mention being the second Black because he vaguely addressed the issue.

While there is no denying their history, Mahomes becoming the third Black quarterback to win it draws more comparisons to Wilson than it does Williams, regardless of its merits.

The son of African American baseball player Pat Mahomes, the KC quarterback declared that he wanted to be known as Patrick to distinguish himself from his dad.

Baseball is a sport dominated by whites, while Blacks dominate football; the quarterback position has still predominantly occupied by whites. Wilson also toiled in baseball.

Ethnically Wilson and Mahomes are Black, but culturally is where they will more likely than not to be identified with being an African American.

Colin Kaepernick embraced a culture, although like Wilson and Mahomes is considered multi racial, and one can argue that it cost him any future opportunities to play quarterback in the NFL.

There is a significant shift in the quarterback position with the likes of Mahomes, and unanimous MVP Lamar Jackson of the Baltimore Ravens, top over all pick Kyler Murray of the Arizona Cardinals.

The position requires more than just intellect a notion that incorporated bias towards non athletic whites, but it also relies more on power passing, improvising, and foot speed which are rare and unique skill sets Black quarterbacks gifts.

Whether Mahomes embraces being the third Black to win the Super Bowl or not, cultural may define his legacy in this category.