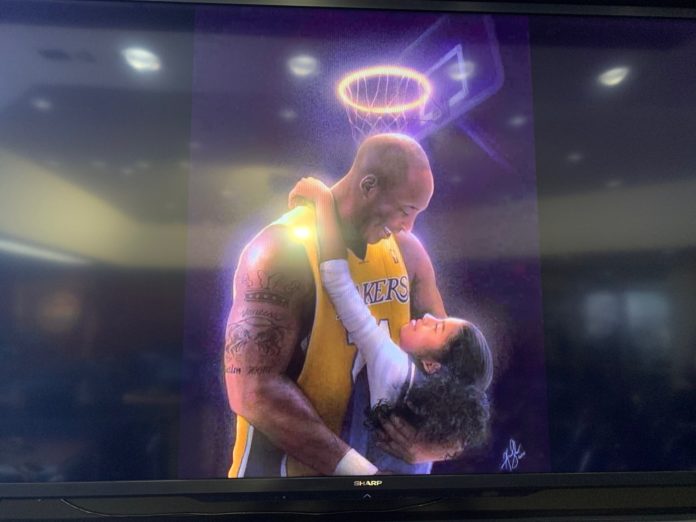 A heartfelt tribute to Kobe Bryant at Staples Center brought out emotions, tears, unanswered questions and Kobe chants. The basketball God was known as a real superhero and superheroes don’t die- so the world will never heal from Bryant’s death, but will have to find ways to deal with it.

The past week has been very rough. We’ve seen many important celebrities pass away, and never ever have we seen one’s death have an impact of this magnitude across the globe. This death has taught us to learn humility, do good, love one another and support each other’s struggle going forward.

Bryant’s death has been an eye-opener and has brought people all over the world together.

As everyone continues to mourn the sudden loss of Bryant- the Lakers are leaning on one another and growing closer during this difficult time to play basketball. Though, past and current athletes made it very transparent that getting over this inevitable death is nearly impossible.

“I don’t know if I can get over this, I really don’t,” said Jerry West.

Dirk Nowitzki told the Dallas morning news he could not stop thinking about the death of Kobe Bryant: “ I can honestly say there hasn’t been a single minute of any day that I haven’t thought about it. It’s so sad. It’s something I don’t think I’ll ever get over.”

But the question still remains, where do we go from here? The answer is nowhere honestly. And the saddest part about this horrific loss is, there’s not one athlete walking this earth that can fill Bryant’s void he left in everyone’s heart.

The thought of not hearing Bryant’s voice or seeing his infectious smile again- makes you weep all over again. Kobe and death in the sentence is just hard to comprehend. The only thing that can give grieving fans a slight relief is, a championship trophy by the Lakers.

The timing of Bryant’s death came about seven days before Black History Month, which makes matters worse as we as we will have to remember his funeral being held at such a historical time.

There’s so much black history attached to Bryant’s name. He was the first African American player in sports to have two jerseys retired. He was also retired as the first player in league history dedicating 20 seasons to a one franchise.

The history continues; Bryant was the youngest player in NBA history when he was drafted at just 17-years-old.

Lastly, Bryant scored 60 points in his final game before departing ways with basketball. He added so much relevance to Black History and life in general. This is why the world will never know how to get over the future hall of famer’s death. He left us with too many memories to move on with life.

It will forever be viewed as tragic devastating incident to get over. This is one situation that you truly cannot say life goes on.